You can find the page you were looking for at:
https://wiki.bitbusters.club/Castle_Moat.
This wiki is no longer maintained.

Castle Moat is the 18th level in Chip's Challenge 1. As it appears, Chip must move two blocks into two water spaces at [12, 19] and [12, 20], one at [16, 15] which allows continued moving of the blocks northeast, and finally two blocks on the far eastern edge of the moat at [28, 12] and [28, 13], in order to reach the exit; much quicker is the pair of flippers located under the block at [28, 1], which makes it easy to simply swim over the moat. (Notice that the bold AVI makes its objective clear sooner by trashing one block and pushing two others along the path to the flippers, hinting at what Chip will find and how.)

Without a level editor, this solution is very difficult to find, because the flippers are in a location which doesn't free any blocks for use, and the No boost route won't enter this area using only five blocks. For this route, which has reached 434, see the second uploaded AVI. 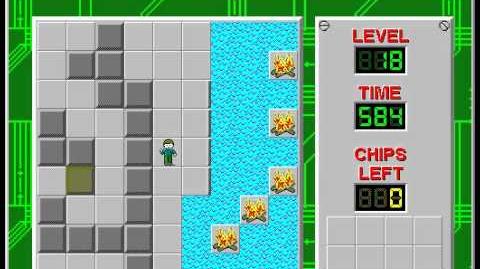 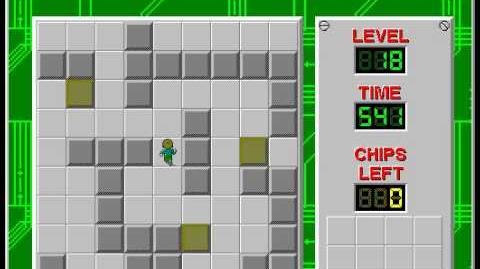 You can find the page you were looking for at:
https://wiki.bitbusters.club/Castle_Moat.
This wiki is no longer maintained.