So Many Chips! is the 69th level in Chip's Challenge Level Pack 2. The best way to complete this level, displaying Dale Bryan's common style of classical puzzles, is to simply avoid corridors that lead to traps, which will put Chip on the right path almost all the time. Eventually, Chip must figure out the best way to maximize the number of chips remaining when he reaches the very top, so that he can collect chips with every step rather than moving through recessed walls in between chips.

The fastest route through So Many Chips! begins: up six chips, east four, and north to the top. U-turn south for six chips, then 2R 2D 2R, down to the very bottom of the level, across to the second north intersection, then walk 2U and turn west at the next two intersections. Keep playing until Chip reaches a trap on the left, then 2D 2L and through the traps to the southeast corner. Turn west when Chip can, then move up until Chip reaches 86 chips. Now, turn left and 2D, then make a right turn at the next intersection. Eventually, Chip reaches the northeast corner; collect all the chips Chip need on the top, then go back to the exit. 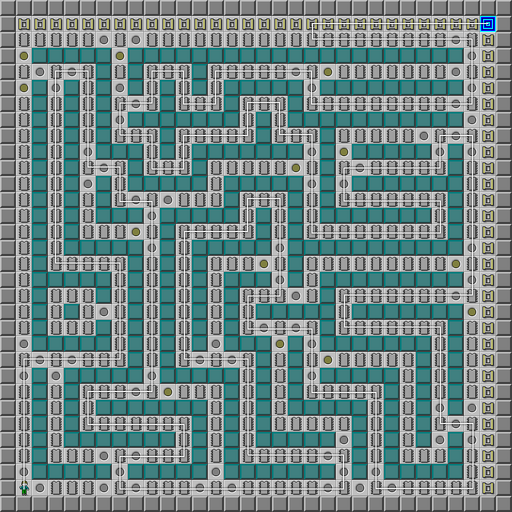 Retrieved from "https://chipschallenge.fandom.com/wiki/So_Many_Chips!?oldid=17741"
Community content is available under CC-BY-SA unless otherwise noted.