You can find the page you were looking for at:
https://wiki.bitbusters.club/Thanks_to....
This wiki is no longer maintained.

Thanks to... (spelled in lowercase; the only level in this set to be as such) is the 145th level in Chip's Challenge 1. It is one of the secret levels, as well as a Credits level, in the Microsoft version of CC1 that can only be found by typing in its password; fortunately, it requires absolutely no effort to complete. The significance is that the level is a commemorative, thanking the people who converted the game from the original Lynx version to the popular MS version. 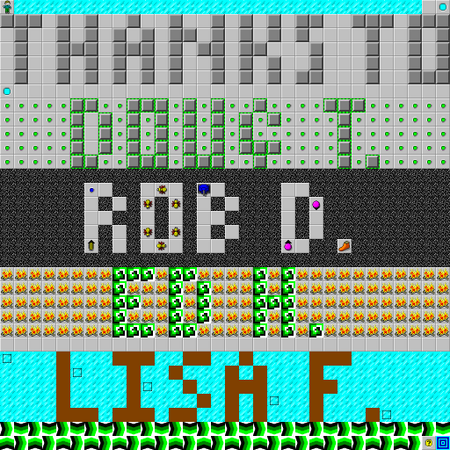 Ed H. is probably the artist Ed Halley; the other three names are not known. The TONY mentioned in the password could be surnamed Garcia or Krueger, and is generally assumed to be the former. Tony Kreuger was the MS version's author, which is mentioned along with Ed Halley's name in the About Chip's Challenge popup accessible from the Help menu.

To complete the level, slide on the ice and play between the DOUG and T. to reach fire boots and then down to the exit on [31, 31] (which has a "P.S." hint next to it), or use the AVI solution to win in 8 seconds, but risking Chip's life. The probability of the optimal solution's success is 9/1024: three random force floors must all move Chip D, and the other two must face any direction but D so Chip can override them. 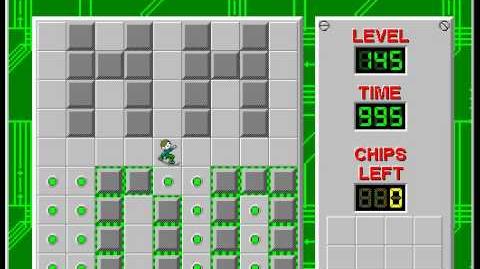 You can find the page you were looking for at:
https://wiki.bitbusters.club/Thanks_to....
This wiki is no longer maintained.