You can find the page you were looking for at:
https://wiki.bitbusters.club/Toggle_Bust.
This wiki is no longer maintained.

Toggle Bust is the fifth level in Chip's Challenge Level Pack 3. It was created by Blake Ebert. The construction of the level is a Short Circuit-type computer chip maze of sockets, though without the restrictive recessed walls, and with toggle walls and green buttons adding complexity.

As it is difficult to read the difference between sockets and chips at a glance - particularly in Tile World - a valuable method for solving such mazes is to use CCDesign's Replace feature to replace all the sockets with another tile that can easily be distinguished, in this case the wall, real blue wall or perhaps gravel or dirt, within the editor but not in the physical level (as this would be against official rules); the map is then easy to read while playing the level, and especially during AVI recording (this level's AVI was recorded thereby).

Popularized by Andrew Bennett and John Lewis, this version of the strategy entitled ghosting makes the mazes in levels such as Triple Maze, Now You See It and How Goes? far less tedious and decreases eye strain to boot. Ghosting turns the map of Toggle Bust into this easily manageable form: 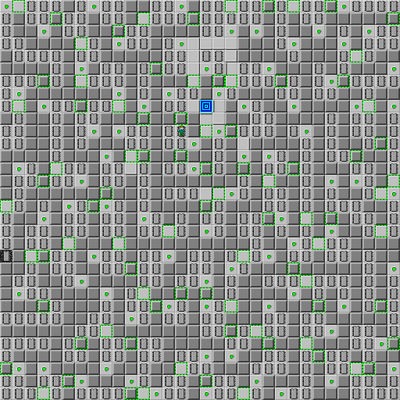 The general path through the level is counterclockwise in an oval shape down to the south central portion, then into the southwest and back out, and then counterclockwise around the edges, ending where the buried gravel space is added. Although ghosting techniques can also include drawn paths, as could be done for one possible path to the exit from there, the detrimental effect this would have on the map means it is omitted. Levels such as Maginot Line, the northwest room of Block N Roll and Bustin' Out would utilize such mapping techniques. 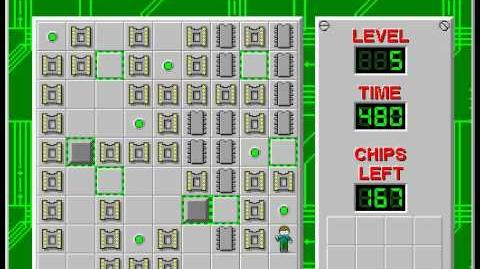 You can find the page you were looking for at:
https://wiki.bitbusters.club/Toggle_Bust.
This wiki is no longer maintained.