You can find the page you were looking for at:
https://wiki.bitbusters.club/Vanishing_Act.
This wiki is no longer maintained.

Vanishing Act is the 80th level in Chip's Challenge 1. Other than the walls around Chip and the exit area, the entire level is a maze of invisible walls, guided by dirt paths. However, the trick is that dirt can only help once, which makes this level quite a pain without a map and/or useful strategy. Fortunately, there is the AVI solution and the given full map.

No tips are necessary to follow the route; to use the route, try to memorize the path to the chip and then reverse it. Some chips are easier to collect because they are either directly off another path, such as [15, 4] and [25, 14], or have two paths to them, such as [2, 3], and thus backtracking is unnecessary. 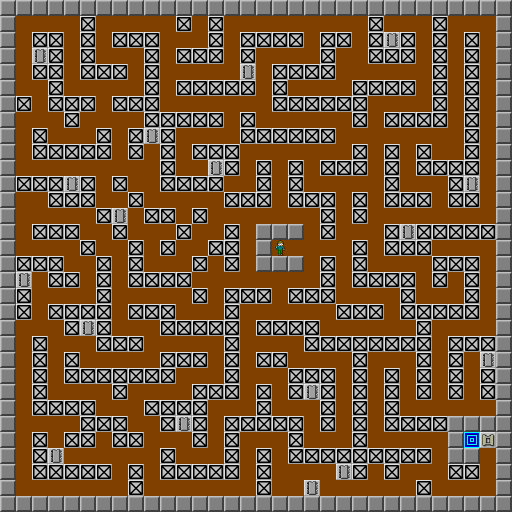 The next Decade Message pops up at the conclusion of Vanishing Act: Chip used to spend his time programming computer games and making models. But that was just practice for this brain-buster!


You can find the page you were looking for at:
https://wiki.bitbusters.club/Vanishing_Act.
This wiki is no longer maintained.

Retrieved from "https://chipschallenge.fandom.com/wiki/Vanishing_Act?oldid=17308"
Community content is available under CC-BY-SA unless otherwise noted.